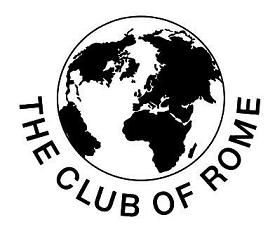 The Club of Rome is a Non-Profit, NGO, their mission was to create a New World Order by the year 2000. They published several reports and papers since the creation of the organization.

The Club of Rome was established in 1968 by Aurelio Peccei, Alexander King, and loyal members of the Morgenthau Group, at a meeting in Rome. It consists of scientists, economonists, globalists, politicians, United Nations administrators, environmentalists, etc. Since 2008 they have been working from Switzerland.

In 1972 the organization published a report called The Limits of Growth. The report was based on computer simulations that came to the conclusion that global economic growth could not continue because of overpopulation and dwindling resources. After the publication of this report another report was released many years later that was given to President Jimmy Carter in 1980. This report was called the Global 2000 Report to the President. It warned that world population growth would have tremendous consequences by the year 2000 if no changes in public policy were made. The document stated that the population of the United States of America should be reduced by 100 million people by 2050.

Global 2000:Blueprint for Genocide was released by the elite Population Crisis Committee in 1982. The document called for genocide of billions of people by the year 2000, specifically countries like India and China who have very large populations. The Club of Rome has said that the population in these regions need to be controlled because they are nothing but useless eaters, they have stated over and over again that "India and China have no option".

Eduard Pestel and Mihajlo Mesovoric of the Club of Rome released a report called Regionalized and Adaptive Model of the Global World System. The report stated that the club wanted to divide the world to ten regions called Kingdoms, and ultimately "unite the world". These regions include: